Asthma and COPD: How to Tell the Difference

Why asthma and COPD are often confused

Chronic obstructive pulmonary disease (COPD) is a general term that describes progressive respiratory diseases like emphysema and chronic bronchitis. COPD is characterized by decreased airflow over time, as well as inflammation of the tissues that line the airway.

Asthma is usually considered a separate respiratory disease, but sometimes it’s mistaken for COPD. The two have similar symptoms. These symptoms include chronic coughing, wheezing, and shortness of breath.

According to the National Institutes of Health (NIH), around 24 million Americans have COPD. About half of them don’t know that they have it. Paying attention to symptoms — especially in people who smoke, or even used to smoke — can help those with COPD get an earlier diagnosis. Early diagnosis can be crucial to preserving lung function in people with COPD.

About 40 percent of people who have COPD also have asthma. Asthma is considered a risk factor for developing COPD. Your chance of getting this dual diagnosis increases as you age.

Asthma and COPD may seem similar, but taking a closer look at the following factors can help you tell the difference between the two conditions.

Age[ps2id id=’age’ target=”/]
Airway obstruction occurs with both diseases. The age of initial presentation is often the distinguishing feature between COPD and asthma.

People who have asthma are typically diagnosed as children, as noted by Dr. Neil Schachter, medical director of the respiratory care department of Mount Sinai Hospital in New York. On the other hand, COPD symptoms usually show up only in adults over the age of 40 who are current or former smokers, according to the NIH.

Causes[ps2id id=’causes’ target=”/]
The causes of asthma and COPD are different.

Asthma[ps2id id=’asthma’ target=”/]
Experts aren’t sure why some people get asthma, while others do not. It’s possibly caused by a combination of environmental and inherited (genetic) factors. It is known that exposure to certain kinds of substances (allergens) can trigger allergies. These differ from person to person. Some common asthma triggers include pollen, dust mites, mold, pet hair, respiratory infections, physical activity, cold air, smoke, some medications such as beta blockers and aspirin, stress, sulfites, and preservatives added to some foods and beverages, and gastroesophageal reflux disease (GERD).

COPD[ps2id id=’copd’ target=”/]
The known cause of COPD in the developed world is smoking. In developing countries, it’s caused by exposure to fumes from burning fuel for cooking and heating. According to the Mayo Clinic, 20 to 30 percent of people who smoke on a regular basis develop COPD. Smoking and smoke irritate the lungs, causing the bronchial tubes and air sacs to lose their natural elasticity and over-expand, which leaves air trapped in the lungs when you exhale.

About 1 percent of people with COPD develop the disease as a result of a genetic disorder that causes low levels of a protein called alpha-1-anti-trypsin (AAT). This protein helps protect the lungs. Without enough of it, lung damage occurs easily, not just in long-term smokers but also in infants and children who have never smoked.

Different triggers[ps2id id=’triggers’ target=”/]
The spectrum of triggers that cause COPD versus asthma reactions is also different.

Asthma
Asthma is usually made worse by exposure to the following:

allergens
cold air
exercise
COPD
COPD aggravations are largely caused by respiratory tract infections such as pneumonia and the flu. COPD can also be made worse by exposure to environmental pollutants.

Symptoms[ps2id id=’symptoms’ target=”/]
COPD and asthma symptoms seem outwardly similar, especially the shortness of breath that happens in both diseases. Airway hyperresponsiveness (when your airways are very sensitive to things you inhale) is a common feature of both asthma and COPD.

Comorbidities
Comorbidities are diseases and conditions that you have in addition to the main disease. Comorbidities for asthma and COPD are also often similar. They include:

Treatments[ps2id id=’treatment’ target=”/]
Asthma
Asthma is a long-term medical condition but is one that can be managed with proper treatment. One major part of treatment includes recognizing your asthma triggers and taking precautions to avoid them. It’s also important to pay attention to your breathing to make sure your daily asthma medications are working effectively. Common treatments for asthma include:

quick-relief medications (bronchodilators) such as short-acting beta agonists, ipratropium (Atrovent), and oral and intravenous corticosteroids
allergy medications such as allergy shots (immunotherapy) and omalizumab (Xolair)
long-term asthma control medications such as inhaled corticosteroids, leukotriene modifiers, long-acting beta-agonists, combination inhalers, and theophylline
bronchial thermoplasty
Bronchial thermoplasty involves heating the inside of the lungs and airways with an electrode. It shrinks the smooth muscle inside the airways. This reduces the airway’s ability to tighten, making it easier to breathe and possibly reducing asthma attacks.

COPD
Like asthma, COPD is a long-term health condition, and the goal of treatment is to control symptoms so you can lead an active and healthy life. Because it is a progressive condition, another main objective of treatment is to prevent the condition from worsening. You should quit smoking and avoid exposure to secondhand smoke. This is the only way to prevent COPD from getting worse. Some quitting methods include nicotine replacement products and medications, as well as therapy, hypnosis, and support groups.

Other common treatments for COPD include:

Response to treatment
Both COPD and asthma respond well to treatments like quitting smoking and airway-opening medications like bronchodilators. However, lung function is only fully reversible in people with asthma. A diagnosis of asthma along with COPD often means a faster decline in lung function as COPD progresses. This is still the case even in people with mild forms of the disease.

Outlook[ps2id id=’outlook’ target=”/]
Both asthma and COPD are long-term conditions that can’t be cured, but the outlooks for each differ. Asthma tends to be more easily controlled on a daily basis. Whereas COPD worsens over time. While people with asthma and COPD tend to have diseases for life, in some cases of childhood asthma, the disease goes away completely after childhood. Both asthma and COPD patients can reduce their symptoms and prevent complications by sticking to their prescribed treatment plans. 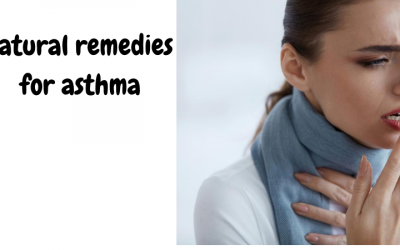 Asthma is an inflammatory lung disease. When the muscles around the lungs contract, it can trigger asthma. Globally, 300 million people suffer from asthma, and nearly 250,000 people die from asthma each year. Asthma causes symptoms such as wheezing, coughing, and... 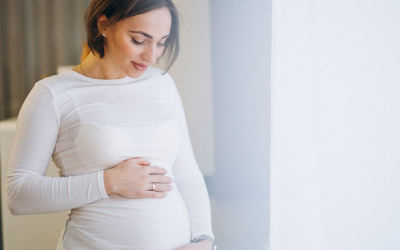 9 things you need to know when you are pregnant

Pregnancy is a major event in life. I believe I understand that pregnant mothers are actively doing work. What are the precautions during pregnancy? What are the details of your life worth noting? Following 25 things you need to know when you are pregnant. 1. Don't...